A WINERY, A FAMILY (The Tornesi family has owned the estate since 1865)

Generation after generation, the love and passion for their land has been passed down.

The vines range from 7 to 30 years old, Being a small family-run winery, most of the work is done by hand, such as the harvest in September and October.

Sangiovese is the wine that most wine critics cite to be the best in all of Italy.

Whether or not it is the best is entirely up to you, but it’s one of those wines to know and perhaps try, at least once in your life.

Traditionally, the wine goes through an extended maceration period where color and flavor are extracted from the skins. Following fermentation the wine is then aged in oak. Traditionally, the wines are aged 3 years or more “in botte“—large Slavonian oak casks that impart little oak flavor and generally produce more austere wines.

The normale bottles are released on the market 50 months after harvest and the riserva are released a year afterward. The current aging requirements were established in 1998 and dictate that Brunellos are to be aged in oak for 2 years and at least 4 months in a bottle before release.

Brunello di Montalcino is one of Italy’s most famous and prestigious wines.

The wine is typically garnet in color with aromas of red and black fruit with underlying vanilla and spice, and perhaps a hint of earthiness.

Brunello di Montalcino wine is made exclusively from Sangiovese Grosso grapes,  Its name here translates roughly as ‘little dark one’. The use of this synonym and its inclusion in the name of the wine was part of a clear strategy to differentiate the wine from Chianti.

The first recordings of red wines from Montalcino date back to the early 14th Century. However, the all-Sangiovese Brunello di Montalcino style we know today did not emerge until the 1870s, just after the creation of a single Italian state. Its evolution was due in no small part to the efforts of Ferruccio Biondi-Santi, whose name lives on in one of Montalcino’s finest estates.

A soldier in Garibaldi’s army, Biondi-Santi returned home from the Garibaldi campaigns to manage the Fattoria del Greppo estate for his grandfather. It was here that he developed some novel winemaking techniques which would revolutionize wine styles 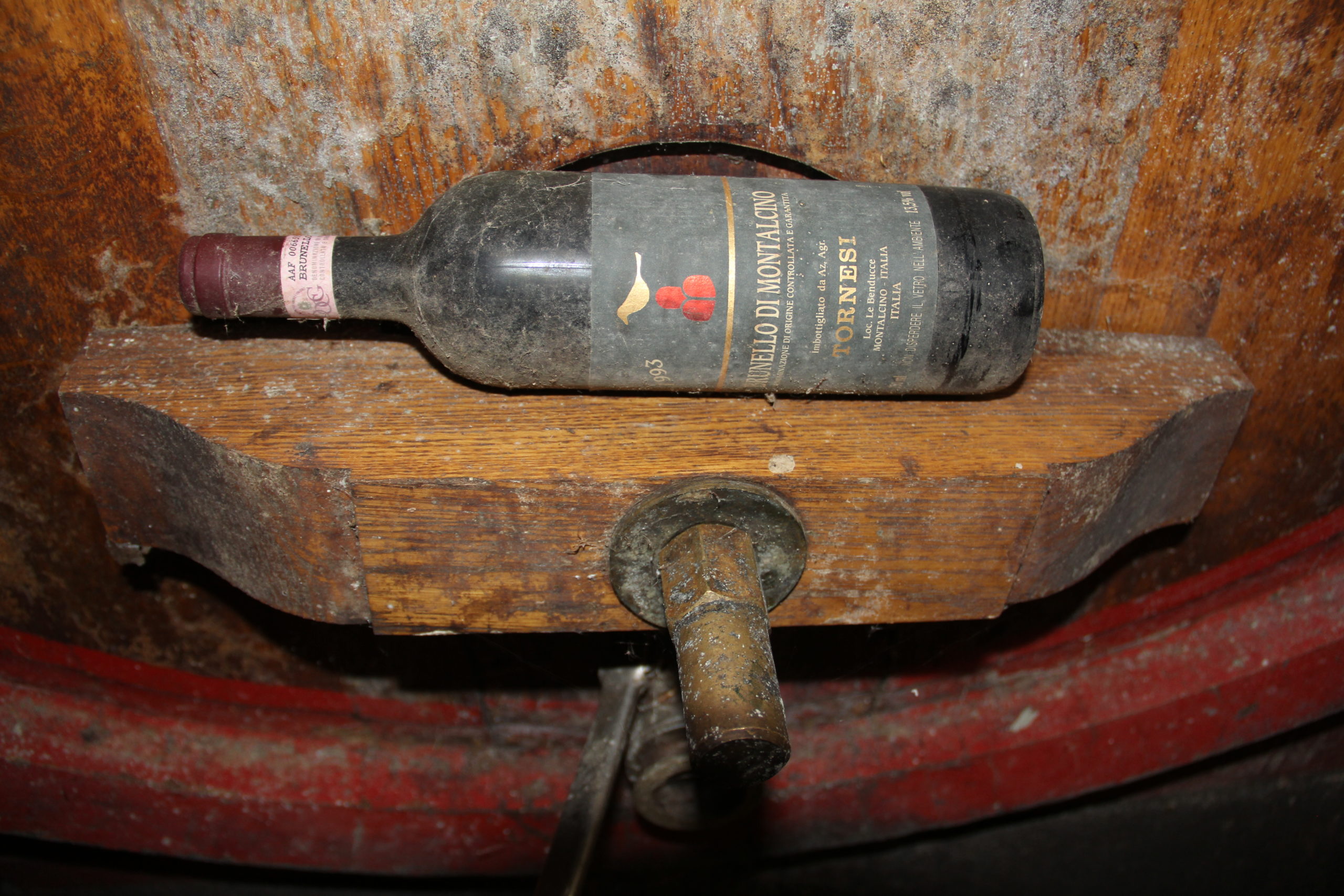 he idea was to create a fresher style of wine that needed considerably less aging time (one year with only six months in oak) than its sibling.

This would enable producers of Brunello to make money while waiting for their DOCG wine to age, as well as declassify any Brunello that had been aging for two to three years but had not quite reached the required standards. A similar enterprise was undertaken in Montepulciano.

Today this wine is revered for its great distinction, depth of black cherry and wild-berry fruit, and careful use of oak revealed in a hint of spice and vanilla.

Like its Montalcino sibling, it is a full-bodied wine crafted from pure Sangiovese (in this case, the local “Grosso” form). However, it is considered a more vivacious style of wine, combining freshness with structure, and can be approached at a much earlier age.